As Jews, we must be committed to combatting not only anti-Semitism, but also all forms of stereotypes, prejudice and discrimination.

According to the Anti-Defamation League:

When diversity – differences in race, gender, ethnicity, religion, sexual orientation, gender identity, language and class – is not valued and respected, the resulting lack of understanding can fuel intergroup tension and create an inequitable community. Not only can this tension cause inequities, it also creates the potential for scapegoating, discrimination, intergroup conflict and violence. Bullying, harassment, violence and hate crimes have a powerful negative impact on the entire community and underscore the importance of addressing issues of prejudice and discrimination. 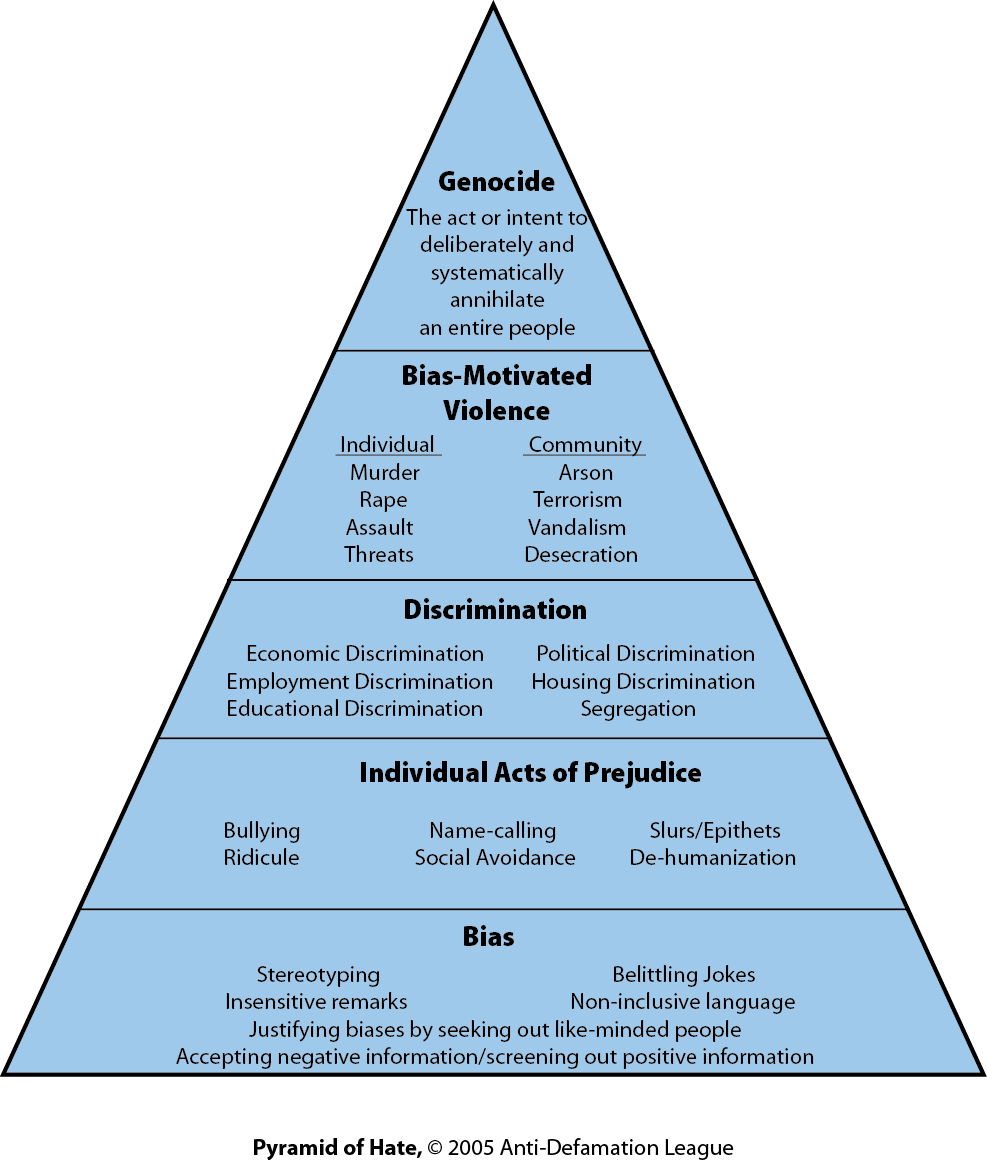 The Anti-Defamation League’s “Pyramid of Hate” illustrates biased behaviors, growing in complexity from the bottom to the top. Like a pyramid, the levels above are supported by the lower levels. If people and/or institutions accept behaviors on the lower levels as “normal,” it is more likely that the behaviors will progress to the next level.

There are issues of bias-motivated violence in Pittsburgh. In January 2016, a rock was thrown through a plate-glass window at a Mexican-Caribbean restaurant in Beechview. Days earlier, “Go back to Mexico now” was spray-painted on a Brookline market owned by the same owners. In May 2015, Kevin Lockett, a black male, was severely beaten by a group of white men at downtown T station. In July of the same year, a Jewish family, accompanied by their small children, was verbally assaulted in line at a drug store in Squirrel Hill when a customer shouted “dirty Jew” and other anti-Semitic speech at them. He followed them out of the store in order to continue to loudly spew more hate in their direction.