Our Next Act, Jewish Federation's Annual Meeting, Will Report and Preview Community-Empowered Initiatives

The Jewish Federation of Greater Pittsburgh will present highlights of the past year at its Thursday, Aug. 31, annual meeting, with the theme “Our Next Act.” The show will star Pittsburgh’s Jewish community: its collective accomplishments through the Jewish Federation in 2016–2017 and a preview of the initiatives that are in the wings. The meeting will begin at 7 p.m. at the Jewish Community Center (JCC) of Greater Pittsburgh, Squirrel Hill, 5738 Forbes Ave., Pittsburgh 15213.

The annual meeting is one means for donors to the Federation to learn about the Federation’s funding strategy and the benefits that result from collective giving. As Chair of the Board Cynthia D. Shapira explained, “Federation continues to grow in the Annual Campaign while being more strategic about leveraging this private giving to get additional corporate, foundation and government funds. The combined impact more than doubles the allocations for Pittsburgh, Israel and world Jewry.”

Jeffrey H. Finkelstein, Federation president and CEO, explained that the theme of the annual meeting, Our Next Act, reflects one of the Federation’s most significant purposes: “The Federation brings people together to solve complex problems,” he said. “In partnership with the community, we are developing some new approaches to addressing Jewish Pittsburgh’sfuture needs. I’m excited to be able to outline the plans we have staged and to recognize community leaders who are working on behalf of Jewish Pittsburgh.”

Among the leaders who will be honored at the event are Chuck Perlow and Alexis Winsten Mancuso. Mr. Perlow will receive the Emanuel Spector Memorial Award. Ms. Mancuso will receive the Doris and Leonard H. Rudolph Jewish Communal Professional Award. 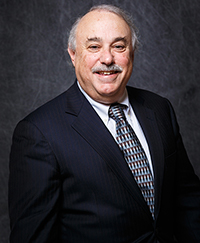 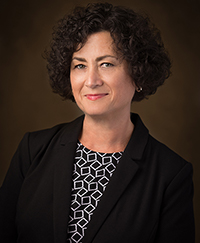 In addition, the event will recognize Jan Levinson, who in June received the Federation’s Gerald S. Ostrow Volunteer of the Year Award, and salute 41 Jewish Federation Volunteers of the Year. The 41 honorees were nominated by the local Jewish nonprofits and synagogues they serve. At the annual meeting, the volunteers will be recognized as a group. The service that Spector Award recipient Chuck Perlow has given to the community reflects his passion for Jewish continuity and Jewish learning.

Mr. Perlow’s passion for Jewish learning resulted in the formation of the Pittsburgh Day School Council, which brings together Community Day School, Hillel Academy and Yeshiva Schools to work collaboratively on projects of mutual interest. Mr. Perlow has chaired the council since its inception.

He has served on the Board of Directors and many committees of the Jewish Federation of Greater Pittsburgh. His other affiliations include board service for the Jewish Healthcare Foundation, University of Pittsburgh Medical Center (UPMC), the Jewish National Fund, and many other organizations.

The other award to be presented at the annual meeting, the Doris and Leonard H. Rudolph Jewish Communal Professional Award, recognizes the exceptional commitment of a Jewish communal professional employed by the Jewish Federation or one of its partner agencies. The recipient is selected for his or her contribution to improving the quality of services offered in the community and to the enhancement of Jewish life.

Rudolph Award recipient Alexis Winsten Mancuso is assistant executive director at the Jewish Community Center of Greater Pittsburgh. In that capacity, she is responsible for the agency’s human resource management and oversight of the JCC’s services to older adults,including oversight of AgeWell Pittsburgh. This year the Lodestar Foundation named AgeWell Pittsburgh the recipient of the national Collaboration Prize, which recognizes nonprofits that work together to maximize impact.

Ms. Mancuso brings to her work at the JCC more than 35 years of experience in the nonprofit and local-government arenas. She holds a master’s degree in public management from Carnegie Mellon University’s H. John Heinz III School of Public Policy and Management.

At the Jewish Federation’s Aug. 31 annual meeting, onsite registration will begin at 6:15 p.m. A dessert reception will follow the meeting. (Dietary laws observed.)

Sign language interpretation of the proceedings and large-print agendas will be available. The full inclusion of people of all abilities is a core value of the Pittsburgh Jewish community. To discuss disability-related accommodations, call 412.992.5251.

Admission to the annual meeting is $5 per person for those who preregister online at www.jfedpgh.org/annual-meeting. By mail or at the door, the cost is $7 per person. To preregister by mail, send a check payable to Jewish Federation of Greater Pittsburgh to Federation Annual Meeting, 234 McKee Place, Pittsburgh, PA 15213.

Information about the meeting is available online atwww.jfedpgh.org/annual-meeting or by calling 412.992.5251.
PNC Bank has generously provided support for the Jewish Federation’s annual meeting, which is also underwritten by a grant from the Lillian & Dr. Henry J. Goldstein Annual Meeting Endowment Fund of the Federation’s Jewish Community Foundation.