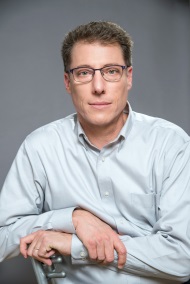 At 7 p.m., Wednesday, May 18, at Rodef Shalom Congregation, Daniel Gordis, Ph.D. — senior vice president and Koret Distinguished Fellow at Shalem College, Jerusalem — will speak at the Jewish Federation of Greater Pittsburgh’s Annual Campaign Thank You event. The event is held in appreciation of donors who have given $1,000 or more to the 2016 Annual Campaign. The evening will feature Dr. Gordis’ remarks as well as the presentation of the PNC Community Builders Award and the Campaigner of the Year Award.

Anita Lopatin Smolover will receive the Campaigner of the Year Award. This award recognizes an Annual Campaign volunteer who serves as a role model for others.

“We’re excited that Dr. Gordis will be sharing his views on Israel and the Middle East with our community in Pittsburgh,” said 2016 Annual Campaign Chair Meryl Ainsman. “We are honored to have such a distinguished scholar provide his unique and valuable perspective on the future of the Jewish people.”

Ainsman’s co-chair, Linda Joshowitz, echoed this view: “Dr. Gordis has so much to teach us, as supporters of Israel and as a dedicated Jewish community.”

Gordis is the author of 11 books and a regular columnist for both The Jerusalem Post and for Bloomberg View. His writing has been featured in numerous magazines and newspapers, including The New York Times, The New Republic, Commentary Magazine and Foreign Affairs. He received the National Jewish Book Award for his book “Saving Israel.” Gordis’ next book, “Israel: A Concise History of a Nation Reborn,” will be published in October 2016 by Ecco/HarperCollins. Dr. Gordis received his B.A. magnum cum laude from Columbia College (where he was a member of the Phi Beta Kappa honor society), a master’s degree and rabbinic ordination from the Jewish Theological Seminary of America and a Ph.D. from the University of Southern California.

The King David Society Reception, an invitation-only event organized in appreciation of donors who have donated at least $25,000 to the 2016 Annual Campaign ($3,600 for young adults ages 22–45), will feature cocktails and a light dinner. The program for reception attendees and Annual Campaign Thank You Event attendees will consist of the awards presentations and Dr. Gordis’ remarks.

The Annual Campaign Thank You Event, for invitees only, is sponsored by the Ira and Nanette Gordon (z”l) Endowment Fund of the Jewish Community Foundation of the Jewish Federation of Greater Pittsburgh. Dessert will be served following the presentation, and dietary laws will be observed. Couvert is $10 per person.