The purpose of the Unsung Jewish Heroes celebration, Sunday, May 22, 5 p.m., is to sing the praises of individuals who provide outstanding Jewish education. The event, presented by the Jewish Federation of Greater Pittsburgh, will include the presentation of Unsung Jewish Heroes Awards to 20 local educators from early childhood centers and day and religious schools. In addition, the event will comprise two other education-related aspects:

The Unsung Jewish Heroes Awards, presented by the Federation, recognize local educators, staff or volunteers who make a lasting impact in Jewish education. Recipients, whom their organizations nominate, may serve children, youth, families, or adult learners.

“As in the past,” said Jeffrey Finkelstein, Federation president and CEO, “when the Unsung Jewish Heroes event was an Agency for Jewish Learning initiative, the celebration will spotlight outstanding contributions to Jewish education. This year, attendees will also have a chance to hear Rabbi Bardack’s educational philosophy and get a sense of future educational directions.” 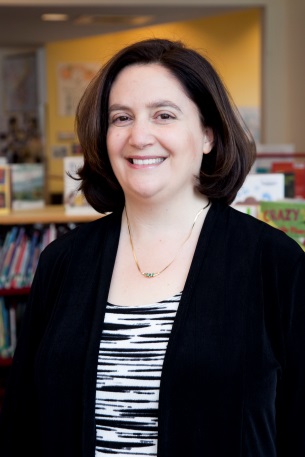 On July 1 Rabbi Amy Bardack will begin her duties as the Federation’s director of Jewish education and community capacity building. In her new position, she will work to ensure high-quality Jewish programs in the community, boost engagement of Jews of all ages and backgrounds and strengthen Jewish identity and leadership. Currently, she is the Judaic studies director, Solomon Schechter Day School of Greater Boston. Rabbi Bardack will bring to Pittsburgh more than 15 years of experience in day school settings. In that context she pioneered a new approach to Hebrew
instruction, published two children’s prayer books and spearheaded several strategic planning and visioning processes. She has experience as a congregational rabbi, is the current president of the New England Rabbinical Assembly and was a fellow with Rabbis Without Borders.

Rabbi Bardack holds a BA in religion from Columbia University and a master’s degree in Hebrew letters from American Jewish University. She received her rabbinic ordination from The Jewish Theological Seminary, New York City.

The Harold Grinspoon Awards for Excellence in Jewish Education recognize skilled, innovative educators in day schools, religious schools and early childhood centers. Each year since 2000, the Harold Grinspoon Foundation has presented an award to an educator in up to 80 North American communities. Honorees are nominated by the organizations they serve. In Pittsburgh the award is supported by the Barbara and Lester Parker Fund for a Jewish Future Endowment of the Jewish Community Foundation and the Jewish Federation of Greater Pittsburgh. On May 22, at the Unsung Jewish Heroes event, Barbara Parker will present this year’s award. 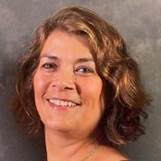 The Pittsburgh recipient of the 2016 Grinspoon Award is Jackie Goldblum, a middle school teacher at Community Day School (CDS), where she teaches history, comparative religion and Hebrew. The award recognizes Ms. Goldblum, who has taught at CDS for 17 years, for her consistent, effective classroom use of art, writing and primary source documents.

Tzippy Mazer, head of Lower School and Hebrew/Jewish studies at CDS, noted several examples of Ms. Goldblum’s use of special projects to engage students: “Jackie took a leadership role in developing and implementing the curriculum for the 2016 Martin Luther King Jr. Day events at CDS. Instead of taking the day off, CDS took on the essential themes of this important day together with the broader Pittsburgh community.” In 2007, Ms. Goldblum initiated the Holocaust Survivor Dinner, an evening that was so successful that it has become an annual means of connecting 8th-graders with Survivors.

Ms. Goldblum, reflecting on her goal as a Jewish educator, said, “My biggest reward will be if [students] remember me as a person that gave them the values of social justice and human rights. … If they see me in the street in twenty years, I hope that they will want to run up to me and tell me about their lives.”

In addition to her work at CDS, Ms. Goldblum offers a weekly after-school human behavior–history program to students who attend school in Homewood and the Hill District. The focus of the program, made possible through a grant from the Alfred M. Oppenheimer Memorial Fund of The Pittsburgh Foundation’s CDS Holocaust Connections Endowment, is learning from history.

Carolyn Linder, as Federation’s early childhood education manager, has overseen the planning of this year’s 2016 Unsung Jewish Heroes Celebration. “Whether you are an honoree’s colleague, family member or friend,” Ms. Linder commented, “or you are someone who recognizes the necessity of Jewish education as an important pathway to Jewish life — I encourage you to attend the Unsung Jewish Heroes celebration.”

At the May 22 Unsung Jewish Heroes celebration, Scott Leib, chair, Federation’s Jewish Life & Learning Committee, will serve as master of ceremonies. Light refreshments will be served. (Dietary laws observed.) The event is free; registration is requested. For details or to register, contact Christa Maier at 412-992-5249 or cmaier@jfedpgh.org. A complete list of the 2016 Unsung Jewish Heroes Award honorees and their organizations is available atwww.jfedpgh.org/UJH2016.