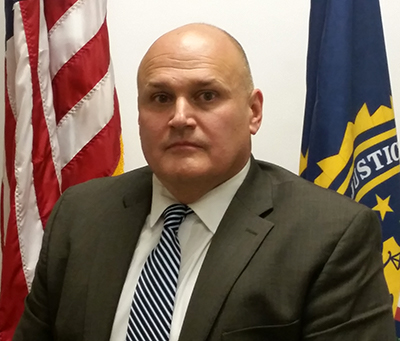 The Jewish Federation of Greater Pittsburgh today announced the hiring of Bradley W. Orsini as director of Jewish community security. In this new position, Mr. Orsini will plan, direct and coordinate activities relating to the protection and security of the Jewish Federation and of Pittsburgh’s Jewish community organizations, including day schools, synagogues and Jewish communal organizations. Mr. Orsini will start his new position Jan. 3, 2017.

Mr. Orsini has been with the United States Federal Bureau of Investigation (FBI) for more than 25 years and is currently the supervisory special agent, crisis manager and training coordinator for the Pittsburgh Division. Past experience includes work with the FBI on the Public Corruption Squad in New Jersey, on the Crisis Management Team in Pittsburgh and as the supervisor of the FBI’s Community Outreach Program in Pittsburgh.

“Security events affecting the Jewish community — including shootings, acts of terrorism and other attacks — have become increasingly common around the world. Coordinating security, training employees and volunteers, and implementing best practices will help to deter these crimes and prevent or decrease danger to Jewish Pittsburgh if they occur,” said Jeffrey Finkelstein, president and CEO of the Jewish Federation of Greater Pittsburgh.

Andrew Stewart chairs the Jewish Federation ad hoc committee that explored the need for the security director and led the hiring process. Mr. Stewart commented, “Our community Jewish organizations have many appropriate measures in place, but there is definitely more that a security expert can bring to these efforts. From the experience of other communities around the country, we know that our Jewish community would benefit from the coordination, training and professional support for security initiatives that someone in this role could provide.”

Mr. Orsini will work with the community to develop goals and objectives and will develop, implement and monitor guidelines, procedures and programs to coordinate security and incident response to reach these goals. In addition, he will help to build relationships and coordinate activities with local, state and federal law enforcement agencies.

Mr. Orsini received his bachelor of science, administration of justice degree from Pennsylvania State University in 1985 and served in the United States Marine Corps, reaching the rank of captain. During his previous work in Pittsburgh, he grew the Southwestern Pennsylvania Anti-Human Trafficking Coalition and was awarded the FBI’s Law Enforcement Agency Directors Award in 2005 for outstanding investigative results in the area of public corruption for Western Pennsylvania. In 2015, he was again awarded the Western Pennsylvania Law Enforcement Agency Directors Award for leading the FBI’s response to several mass-casualty critical incidents, including the Franklin Regional High School stabbing and the Monroeville Mall shooting. In September 2016, Mr. Orsini was awarded the FBI Director’s Award for Excellence in Training and Professional Development.